I’m thrilled to announce that I recently signed a contract with the playwright David Zarko, giving him the rights to produce a play based on Honor, a novella by Daniel Grotta. I can’t imagine any other contract feeling so right to me, helping to firm up Daniel’s legacy.

Honor is a story about the fragility and power of the human heart. It explores the terrible toll paid when patriotism, personal ethics and the deep bond of friendship collide.

Next step on the road to production: a staged reading in New York City, hopefully later this year. 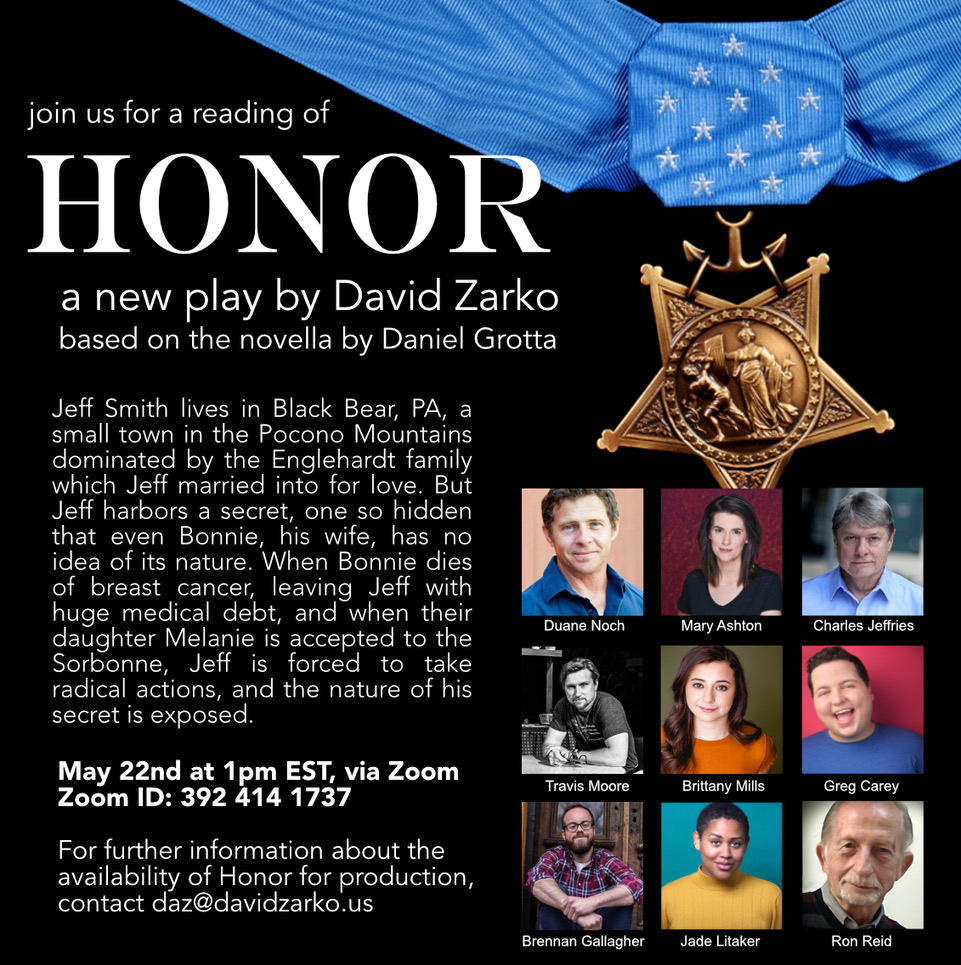 Honor is the story of Jeff Smith who, as his bully of a brother-in-law Gene Engelhardt is fond of retelling, is “what the cat dragged in.” He’s a scruffy, bearded hippie who Gene’s sister Bonnie fell in love with decades ago, after meeting at a Washington peace rally against the Vietnam War. Even shaved and doing whatever the Engelhardts wanted, his in-laws never accepted or approved of Jeff. Now, Jeff is saddled with a family, a dead-end job, and, after Bonnie died of cancer, a mountain of debt. END_OF_DOCUMENT_TOKEN_TO_BE_REPLACED