The following is an essay I wrote for my old website a few years ago. In the wake of the horrific shooting at Pittsburgh’s L’Simcha Tree of Life one month ago — and the the current political atmosphere that has given permission for such hate to come out of hiding and act on it — I find this piece a poignant reflection of the innocence I was once privileged to feel. While the essay is about the Jewishness of my writing, it’s also a declaration of who I am, and reinforces my determination to not be cowed by the haters. And, yes, I still believe that most people are good and kind, and that we can find our way out of this current climate of hate and divisiveness — if we work together. 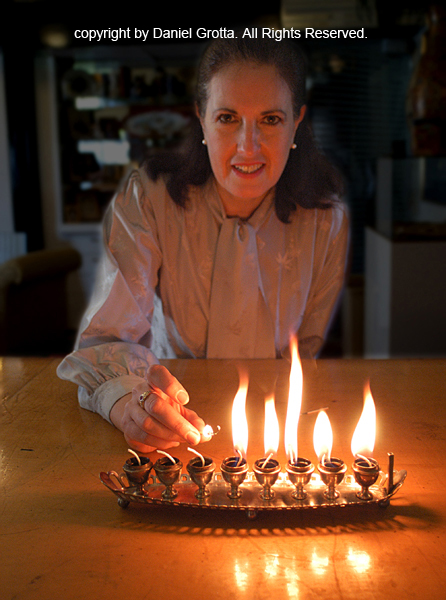 As I wrote that title, I hesitated. While the statement “I am a Jew” has a proud heritage of defiance and strength, I can almost hear my grandmother warning me, “Be careful, sweetheart, what details you ask others to focus on about you.” But then, she came from a time when being Jewish was a double-edged sword that gave us the protection of belonging to a rich tradition and community, while separating us out for ostracization and exclusion from society as a whole. I’m lucky to not be living in the era of her youth.

Or am I being naïve and foolish? Given the ghettoizing of women writers which implies that somehow our work is not as significant as that of our male counterparts, am I taking a chance by saying that not only I am a woman, I am a Jew? Will I now be relegated to second, or even third-class status in the literary hierarchy? Will I now be considered only as a Jewish female writer? Was William Faulkner “merely” a Southern male writer? Or, Thoreau nothing more than a New Englander tree-hugger? Why is it necessary for me to publicly dismiss my roots, out of fear of having my art and writing less respected?

Reposting an essay that I wrote in 2015

Lately, I’ve been thinking a lot about the 1970’s classic thriller movie The Stepford Wives. Based on the novel with the same name by Ira Levin, the story is simple and nightmarish, a chilling distortion of the American Dream. The men of Stepford have decided that the only way they can attain an idealized Ozzie-and-Harriet-like suburban life is to replace their wives with “perfect women” in the form of mechanical dolls. These automatons are obedient, non-confrontational, devoid of opinion – and, of course, both great in bed and superb cooks. They’re also svelte, always impeccably groomed and white.

I keep flashing on The Stepford Wives not because I particularly liked the movie, but because it has become a cultural icon of the social pressure to conform. It’s a distorted view of womanhood that feels particularly relevant in light of the groundswell reaction to my recent essays Is Obesity the New Obscenity? and The Monster in the Mirror. With the many hundreds of comments, hits, links and likes those essays have received, I’ve realized that I’m not alone in my discomfort with the way people who don’t fit a distorted physical “ideal” are treated. In fact, “we” far outnumber “them.”

So why do these twisted yardsticks of “acceptability” persist when so many cry out against them? What is it that condemns society END_OF_DOCUMENT_TOKEN_TO_BE_REPLACED

In Karen R. Long’s essay What Biases Are You Carrying?,  which was posted on the Anisfield Wolf blog, Attorney Louise P. Dempsey was described as having used the following riddle as part of a lunch talk.

A man and his son were in a car accident. The critically injured man had to be helicoptered to the hospital. His son was rushed by ambulance to the same hospital. When the boy was wheeled into emergency surgery, the surgeon looked at him and said, “I can’t operate. This is my son.” The blog then asked the question, “How is this possible?”

If you haven’t heard that anecdotal test before, consider your answer for a few moments before continuing to read. END_OF_DOCUMENT_TOKEN_TO_BE_REPLACED

Reposting my essay from March, 2015

After all the hoopla over Leonard Nimoy’s stunning photo of nude fat women that I posted on Facebook, and the energized Internet response to my essay Is Obesity the New Obscenity? I’ve been thinking a lot about personal body image and how society feels empowered to comment and judge on a woman’s physical appearance.

In past ages, a full rounded figure was a sign of wealth, of having enough to eat. Society would point at a man who could afford to keep his wife fleshy and recognize him as a man of substance. He was far above the riff raff who lived hand to mouth with no excess in their homes or on their bodies. Only aristocrats or very successful merchants had what we now call obese wives and children.

Today, as tabloids, TV and the Internet constantly remind us, the truly rich tend to marry the truly thin.

But in all the discussions I’ve seen about the various feminine ideals through the ages, most ignore the central issue. Women’s bodies have long been commodities and status symbols. The “trophy wife” might be a 20th century phrase, but it’s an age-old concept. END_OF_DOCUMENT_TOKEN_TO_BE_REPLACED 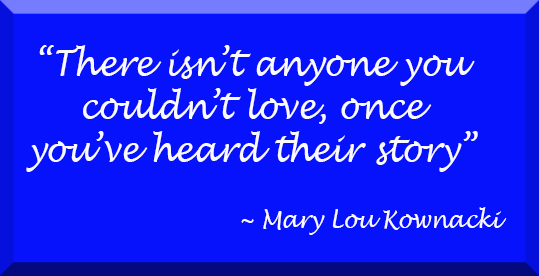 According to rumor, Mr. Rogers carried this quote from the author Mary Lou Kownacki in his wallet: “There isn’t anyone you couldn’t love, once you’ve heard their story.” Whether or not he did, it’s a lovely thought that reflects an important pillar of my life’s work.

We all judge strangers based on our initial impression of them. Their physical appearance. Their smile or frown or vacant stare. What they are wearing. How they carry themselves or the sound of their voice. It’s a natural instinctive reaction to new stimuli that I suppose helped our ancestors when we were hunter/gatherers, when new encounters could lead to life or death decisions.

Though we have evolved since then, modern life is END_OF_DOCUMENT_TOKEN_TO_BE_REPLACED

On Saturday morning, I logged into Facebook, expecting to spend a few minutes checking what my friends were up to, reposting some of their more interesting comments, pictures and links, and responding to messages. I also had links that I wanted to post about art, writing, grants and creativity – plus the usual humorous, heartwarming or meaningful pictures or videos I thought folks would enjoy. In other words, I planned a routine social visit on Facebook, before logging off to work on my current novel in progress.

Instead of taking me directly to my FB page, a rather intimidating message popped up. It stated in no uncertain terms that I had posted an offensive nude photograph, which Facebook had excised from my page and feed (i.e. censored). Then I was shown my online albums, was commanded to remove any other pictures of naked people, and I had to confirm by checkmark that I had no such pictures left on Facebook. I didn’t think they were referring to the various Renoirs, Matisses, Goyas, Picassos and such that I’ve posted over the years. So I clicked the Agree button, and I was allowed to enter Facebook’s supposedly squeaky clean domain.

In fact, it was a picture from The Full Body Project, a book of photographs by Leonard Nimoy, which is Amazon’s number one best seller in Women’s Studies. What’s more, my posting wasn’t just of the photograph, but a link to a lovely tribute to Mr. Nimoy in the New York Observer — My Friend Leonard Nimoy was a Fervent Feminist by Abby Ellin.

SO MUCH MORE THAN SPOCK

Like many millions of others, my fascination with Leonard Nimoy began with a young girl’s crush on Mr. Spock. But it was only as I learned more about the man behind the actor, that I began to admire him – as a thinker, author, artist and philanthropist. And then there was the phone call. END_OF_DOCUMENT_TOKEN_TO_BE_REPLACED 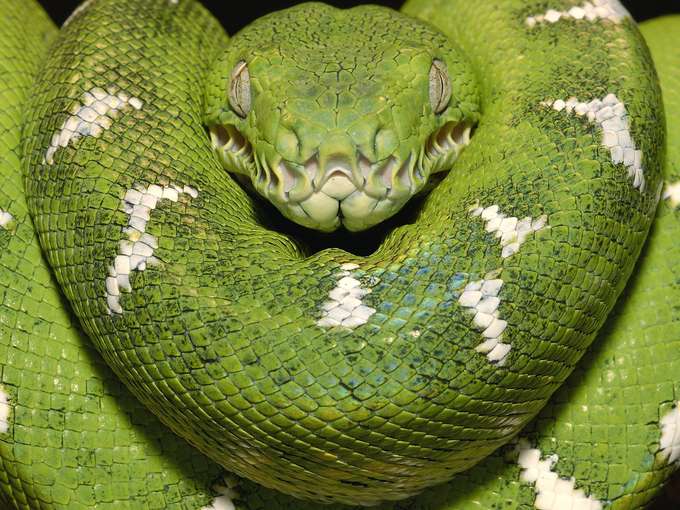 I am not Charlie.

I have been uncertain about writing that phrase ever since it came to my mind just hours after Wednesday’s horrific murder of twelve satirists in Paris.

I fear I may be opening myself to attack from friends and acquaintances – potentially from all sorts of strangers on the globe-circling Internet.

But it is the truth. I am not anything like Charlie Hebdo.

I do not ridicule or insult others’ heartfelt beliefs. I would no more draw Mohammed with his genitals hanging out than I would paint Jesus having sex with Mary Magdelen or a Jewish man with a humpback and an exaggerated hook nose (as the Nazis did).

I believe in building bridges between people, not throwing up unnecessary walls.

On the other hand, my faith rests not only in freedom of speech but also in the sanctity of expressing differing, even diametrically opposing opinions and ideas. Without that essential debate, our lauded freedoms are built on hollow ground. END_OF_DOCUMENT_TOKEN_TO_BE_REPLACED