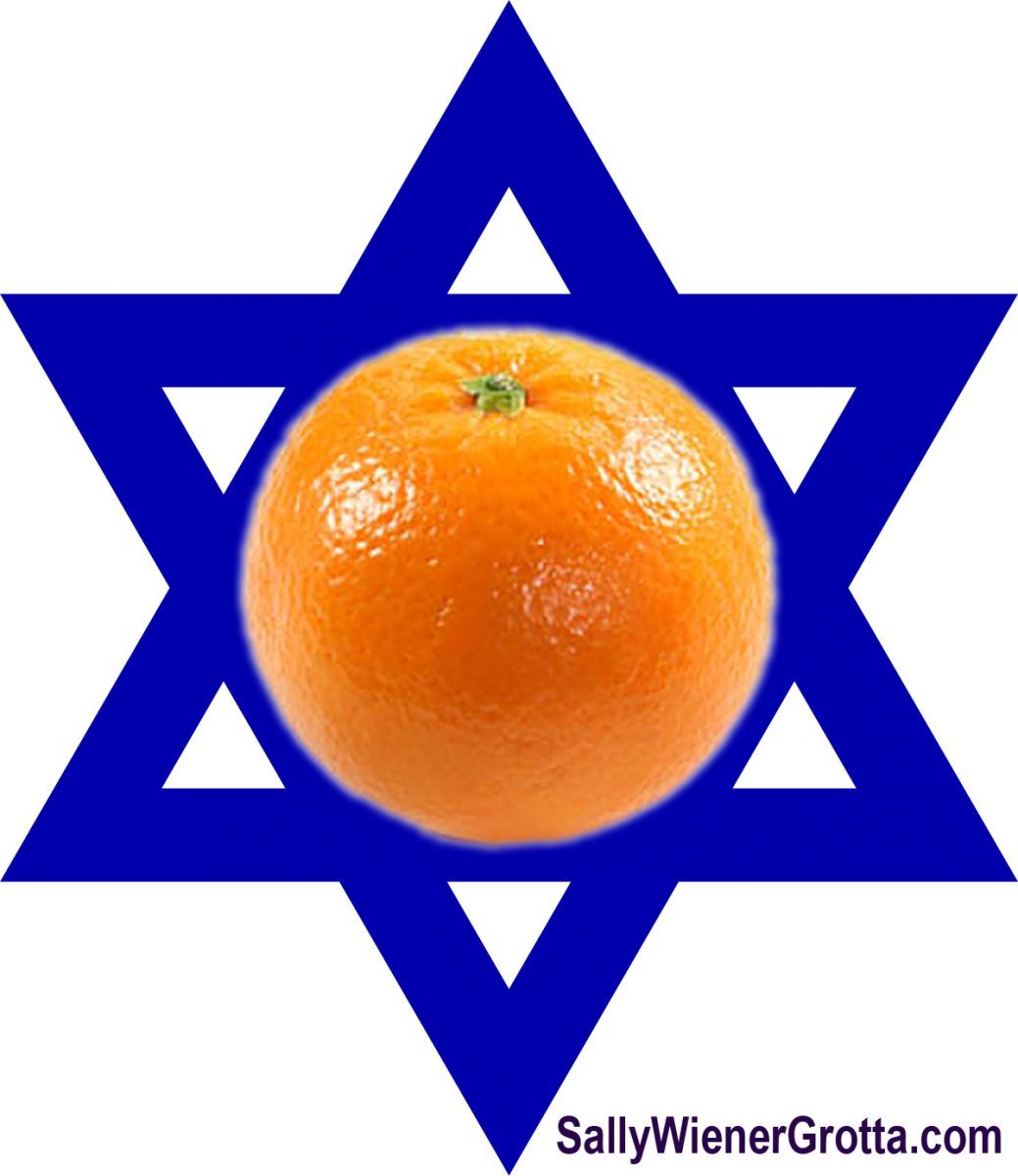 All these years, I have identified with that orange on the seder plate. Not that I ever wanted to be a rabbi. I lack one essential qualification for that calling: an earnest belief in a supreme being that is the guiding force of all life. But like the orange, I often felt like the odd person out, the creative kid who was a bit too sensitive and had to grow a thicker skin just to survive childhood, but who had to slough that hard shell when it was time for the creative juices to flow.

I won’t go into the unfortunately typical litany of the difficulties that I have experienced simply because I’m a women. Suffice it to say, like most women I know, I have often felt like I have a flat head from all the glass ceilings I’ve hit just because I’ve been a woman working hard to get ahead in what was primarily a man’s world.

The orange on the seder plate has felt like an affirmation of my choice to embrace the struggle and claim my place wherever I felt I should belong. And seeing that darn orange next to the shank bone and parsley always makes me feel a bit mischievous and rebellious.

However, in recent years, I’ve learned that the anecdote about why we have an orange on the seder plate had been homogenized and made into a bland “Reader’s Digest” version of the full story.

Professor Susannah Heschel, who originated the feminist ritual, has said that she chose an orange to represent “the fruitfulness for all Jews when lesbians and gay men are contributing and active members of Jewish life. In addition, each orange segment had a few seeds that had to be spit out — a gesture of spitting out, repudiating the homophobia of Judaism.” Heschel further commented that it was typical that the origin of the Passover orange is attributed to a man. “Isn’t that precisely what’s happened over the centuries to women’s ideas? And isn’t this precisely the erasure of their existence that gay and lesbian Jews continue to endure, to this day?”

Immersed as I am in the stories of the women of the Bible as research for my current works-in-progress (a novel Women of a New Moon and an essay collection Daughters of Eve), I can’t help but be reminded of Moses’s sister, the prophetess Miriam, who danced with timbrels and sang with joy for the Israelites’ redemption from Egyptian slavery. When she dared questioned Moses’s exclusive relationship with God, she was stricken with leprosy and exiled from the tribe for seven days. Yet, the Israelites waited for her return before proceeding on their long journey toward the Promised Land, because she was one of their own, and she belonged with them.

Jews have been marginalized and persecuted throughout history. The thought that we might reject any of our own feels grotesquely wrong. Instead, I choose to see the orange as a symbol of the true joyous meaning of the seder, where all are welcome. Traditionally, our doors are kept open during the seder meal for anyone to join in the celebration of our freedom and to express our solidarity with all who have been or are now slaves, with any who have felt like strangers in a strange land. How much more that must be for our fellow Jews of all genders.

So, yes, this CIS-gender woman continues to embrace my identification with the Passover orange with a sense of joy, hope and community.

What in your life experiences has made you feel like the orange on the seder plate?