Reprinted from my old blog which is now closed. 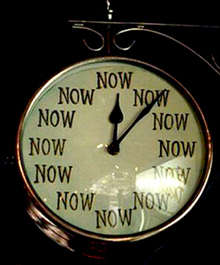 A few years ago, I broke both my arms. One moment, I was happily strolling along with our young puppy galumphing at my side. The next, I was sprawled face down in the asphalt of a parking lot.

More shocking than the thwack of pain was the blink-of-an-eye speed with which it all happened. I had tripped over a hidden metal rod in a supposedly landscaped island, and suddenly I had no control over my own body. Gravity took hold and threw me to the ground. Though only a few months old and still untrained, Watson was a good puppy and sat next to me until a stranger came by to help me get up.

Can you imagine what it was like to have both my arms in slings for months, useless, unable to do the most basic things for myself? One of the more memorable moments was after a few weeks of frustrating (and boring) passivity, when I was standing by while Daniel made the bed. I told him to hand me the pillow that was in his way. Heck, I should be able to at least hold something that was literally light as a feather… Right?

Wrong! Daniel put the down pillow in my hands, but it might as well have been a ton of bricks. I simply couldn’t hold it.

Luckily, my arms healed, and with physical therapy, I regained enough strength to be able to lug my photo equipment. But I will ever be haunted by the memory of that sense of helplessness, the feeling of being shaken by the scruff of the neck by kismet or fate or whatever you want to call the twists of life. Choices I have made about how I hope to spend the rest of my days were reshaped considerably by that experience.

In the last ten days, two heart-jarring incidents brought that feeling of our inherent vulnerability back into focus. The first was the suicide of a good friend’s 22-year-old son, who shot himself in her front yard. One moment, she was the mother of a young man at the beginning of his life. The next, he was gone. How did he come to that decision? Did he see no other option but death?

Then, this past weekend, another very dear friend, a vibrant, very active and apparently healthy woman had a heart attack. If it hadn’t been for some quick thinking paramedics and doctors, we might have lost her. Now, the worst she has to face is the frustration of several months of weakness and rehabilitation before she can resume her normal hectic schedule. For the first time in her life, she will have to make hard choices to not do all the many things that usually demand her attention. But the one thing I know for sure, she will fight all the restrictions and limitations tooth and nail. And, as long as life doesn’t throw her another curve ball, she will find the strength to win through.

It all comes down to choices… or the lack of them. Life gives us only now, this moment, to choose among the many responsibilities, pleasures and trials that are strewn in our path. We shape our time on this earth second by second. Then, suddenly, all options are taken out of our hands. We have no say in what will happen in the next blink of an eye. That makes it even more imperative that we try to take at least some semblance of control over what we do now, before we blink.