“The one who tells the stories rules the world.”
~ Hopi proverb 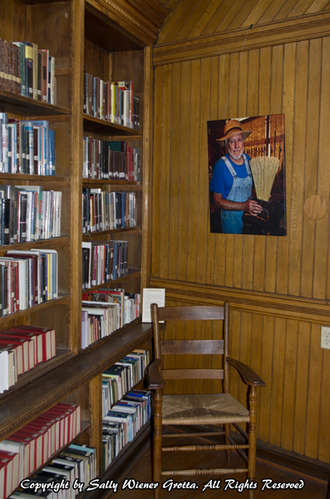 The above quote comes from The Book by M. Clifford. In that dystopian novel, all “dead-tree” books have been outlawed (in a supposed environmental protection measure), and the powers-that-be (called The Editors) are constantly “updating” all books electronically. In other words, no book is a fixed point. Instead, they are altered frequently and nephariously to shape how the public thinks, feels and acts.

The hero of “The Book” discovers this truth through serendipity, when he happens upon “recycled” sheets from an old printed copy of “The Catcher in the Rye” being used as wallpaper in a men’s room of a bar. He compares his eBook version to the remnants of the printed version, which leads to him into rebellion and a thriller plot designed to intrigue any book lover.

The technology to support the dystopia described by Clifford’s novel exists today and has been in place for a number of years. Any book published digitally can be edited at any time, with little or no cost to the editor or publisher (or censor) other than time and effort. So, what is to keep us from having all facts, stories, histories, etc. altered beyond recognition? Will future generations have a true version of, say, Grapes of Wrath or The Pentagon Papers, or will what they read be a far cry from what the original authors had written?

Yes, we have had books altered before. For instance, The Diary of Anne Frank was edited by her father, Otto Frank, to remove portions that were considered derogatory to him and to her mother. But we know that, because both versions exist physically in print, in libraries all around the world. No one entity has full control over these various editions, which means that any scholar (or reader) can find them, read them and reach his/her own conclusions about the “truth” of the matter. (The essential plasticity of memory, and therefore the unreliability of memoirs and diaries, is separate topic we won’t go into here. It’s a theme that I often return to in my books and in my essays, such as Malleable Memory.)

Recognizing the importance of having concrete, tangible archives of printed books, that can be kept pristine and untouched by digital editing, Brewster Kahle, a Silicon Valley multi-millionaire, has established a warehouse outside of San Francisco, which he hopes will eventually contain “one copy of every [printed] book”. However, what is a single warehouse against the loss of many thousands of libraries and uncounted miles upon miles of library stacks that have traditionally offered a universe of printed books to any reader literate and curious enough to browse?

We are entering a brave new world in which libraries will increasingly unload (recyle or throw away?) all printed books. Yes, it is inevitable that most if not all libraries will become completely digital. What then will be the job description for librarians? To be IT specialists rather than book experts? Will only elite archivists and scholars have access to hidden archives where tangible, untouched (untouchable?) dead-tree books are squirreled away, like the inner sancta of medieval monastery libraries (à la The Name of the Rose)? Or will librarians become the unsung heroes (yet again), who memorize chapter and verse of individual books like the Book People of Farenheit 451?

I don’t deny that the great potential of digital books is exciting, echoing the age-old dream of the Universal Library. But if we’ve learned anything from the stories and tales that librarians and fellow readers have pointed us toward, we know that we need to safeguard against the abuse of technology, too. Sometimes, the best way to do that is to keep some portion of the old style of things alive even when it doesn’t seem practical or cost effective.

What do you think is the future of books? Are they going to become moving targets that change with the seasons — or prevailing politics? And what will the role of librarians be in the all digital library?

Note: Please see my related essay Burning our Bridges: What is the Future of Our Libraries?