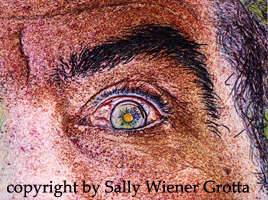 Some mornings, it just doesn’t pay to get up. After a phone briefing I had on Friday with Sage Software about the new version of their ACT database, I was looking forward to installing it, testing it and actually using it in our day-to-day business. That latter part is unusual, with all the software testing we do, very few programs make the trip from our test systems to our business or personal systems. But ACT is an impressive ecosystem that should help us get better control over our contacts files. And once I understand ACT from using it on a daily basis, I’ll be able to help others to understand and use it.

Installing, learning and writing up a review of the new version of ACT was going to be my weekend project. So, I had a decision to make. Do I install ACT on one of our test systems or directly on my business system? I chose the latter.

However, I’ve been having difficulties with my business system lately, with periodic freezes that require reboots to continue working. That’s not really surprising. All computers have a set lifetime, and we reserve our most recent, most powerful systems for our testbeds – and the very best (a loaded-for-bear HP Z800) formy personal imaging/photo-editing workstation. My business system is a three-year-old HP xw4600 workstation, and it’s long past its retirement age.

After a breakfast consultation with Daniel, I decided to take the time to move all my business and writing files from the 4600 to an HP Z400, one of the workstations we use for software testing. The Z400 had been sitting idly for a few weeks, so I had to start with some basic maintenance issues:

Wow, the Z400 actually now looked and functioned almost like my everyday computer. I was feeling really good about how easy the move over had proven. Just a few more things, then I could get to work on ACT. But I spoke too soon. Right after installing one of my printers, which required rebooting the computer… Yikes!

If you’ve never experienced the horror of that bright blue error message filling every square inch of your monitor, you must be very new to using computers. From the very early days, the blue screen with its white pixelated jargony codes scrolling too fast to read has been the message that Microsoft systems throw out when they’ve crashed and isn’t sure it they will ever recover.

When that happens, the first step is to reboot the machine and hope for the best. I was lucky this time; the computer booted into Windows with no hesitation. But that didn’t mean that I was safe. Somewhere, somehow, lurking in the nooks and crannies of the hardware or within the multitude of lines of code in the software was an error, a bug or… gulp… a virus that had caused the blue screen.

So, I went into troubleshooting mode. In other words, taking a deep breath to keep the acid in my stomach from churning, I took one time-consuming step at a time to try to zero in and fix the problem – or problems.

So, getting back to work. I decided that the next step in prepping the Z400 was to update Windows. Because it had been a while since we had used the computer, Windows had 43 updates available, 41 of which I needed.

41 Updates? No problem. All I had to do was read through the list to make sure I really wanted each one, uncheck the ones I didn’t, and then click Update, to let Windows do its thing automatically.

Whatever I did, the update failed. Not that the computer didn’t go ahead and download all of them and then go through the motions of installing them. But when it rebooted, it displayed a message that it had to revert all the changes.

I tried all the tricks I know, and every time, when I rebooted, the computer removed all the updates, and I had to start all over again.

And so forth. Nothing worked. I began to hate that reboot screen, hoping each time that the updates would hold, watching while Windows reverted every single time.
Finally, one of my Google searches uncovered the suggestion to install the updates one at a time, until I find the single culprit out of the 41 updates that was crashing the install.

One at a time. Step by step. Late into the night. I unchecked all the updates, selected one, installed it, rebooted (most of the installations, required a reboot). Repeat.

Only it wasn’t just one culprit. About every three or four updates, Windows reverted. Most of the time, it reverted only that one update. But around midnight, when I got impatient and tried more than one, it reverted the whole magillah.

Start over again. One step at a time.
–
Around 2:30am, I fell asleep at the computer. But, at least I had half the updates installed.

Sunday morning, I picked up where I left. One update at a time, skipping over those that failed. I even managed to ignore a second Blue Screen of Death that disappeared when I rebooted yet again. I guess I was become inured to it all by then.

However, early on Sunday, I began to wonder if maybe the old xw4600 wasn’t going to give me a better answer. So, while waiting for each update to install or fail, I went over to the 4600 to see if I could figure out why it was crashing periodically. The one thing I knew was that it was always when I was on the Internet. I couldn’t play any videos without freezing. Sometimes it just happened when I tried to window to a new tab or click on a link. I tried using Internet Explorer instead of Firefox. Wow, I was able to play a video. Back to Firefox. For the first time in weeks, a video played there too. Back to the drawing board.

It was a race. Which computer would be fixed first? Or would either of them? Was I looking at having to hobble one computer out of the components of the two? Would I have any writing/business computer set up by Monday morning?

By Sunday evening, I was still updating Windows on the Z400, while trying to troubleshoot the XV4600, when I reached our assistant Jake Rae. Jake is a whiz at figuring these kinds of things out. Only he wasn’t available until Monday evening.

I was on my own. By 2am, I had managed to install ALL the Windows updates onto the Z400, even those that I had refused to update earlier – though it took several tries. And I had found some errors on the xv4600 that I was able to repair using System Mechanic and Windows fix-it and some other tools. What a triumph. But I didn’t have enough confidence in either machine to know which one I would be using Monday morning.

Monday, I had to work. I had email to deal with, venues I needed to contact regarding future American Hands exhibits, writing to do, a presentation to prepare for, etc. I decided to use the Z400 for the primary reason that it had the most up to date of my Outlook email files.

To make another long day short in the telling. The Z400’s video driver started acting up. I updated the Nvidia graphics board drivers on both systems.

At this point, both systems seem to be behaving themselves, though I don’t trust either. Now, I await Jake. I hope I’ll get to sleep before 2am tonight.